skip to main | skip to sidebar

A while ago a buddy gave me a holey pair of slippers that his grandma had made for him in hopes that I could reproduce them. Flash forward a year, during which time I still hadn’t gotten around to making them, when one of the Knit knack girls started talking about these checkerboard slippers they wanted to make. I didn’t really pay attention to it until I saw the picture - it was the exact pattern that he had asked me to make! Naturally, when something like that falls into your lap, you know you can’t put it off any more, so I quickly made them up for him. (those are his hairy legs, not mine)

Recently I was messaged by a couple of knitters for advice on making these rad slippers, so I thought that I’d go ahead and make a photo tutorial of the major features of the pattern. The original pattern is written well enough, but simply lacks pictures of any kind.

The first thing that you need to understand about this pattern is that its structure is based on the biggest NO-NO of colorwork: carrying your unused color tightly. 99.9% of the time when you are working with multiple colors you want to carry the yarn loosely on the backside of your work, however with this pattern, you actually need to pull the non-working yarn tight. That’s what makes these neat bumps all over the slippers. 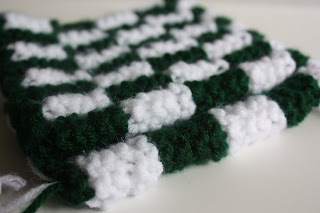 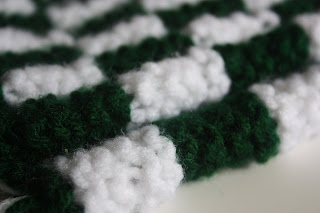 If you do it correctly, the backside will feel more smooth and flat, looking something like this: 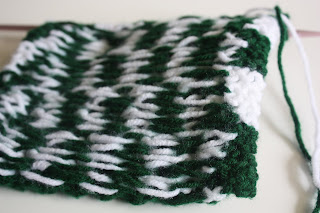 You’ll also notice that the edge has a rippled effect. That’s okay! This will become the heel portion which will be stitched together. 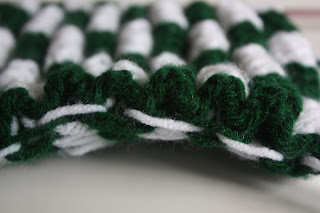 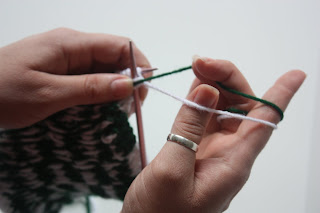 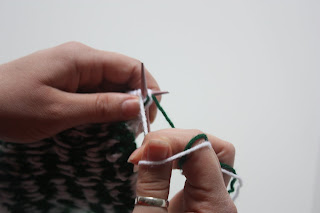 This anchoring of the yarn at the edge, along with pulling the stitches tight, will eventually make for a very nice turned edge, which should look like this: 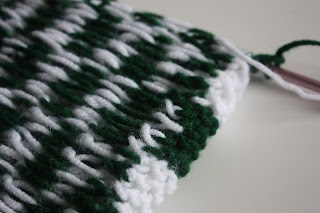 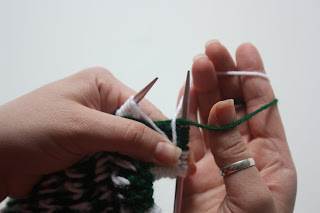 The rest of the pattern should be fairly simple – just garter stitch knitting, simple decreases for the toe and then sewing seams. 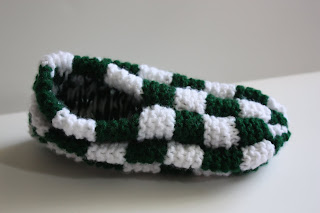 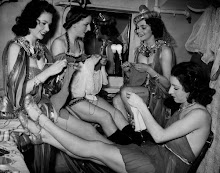 If you are on Ravelry you can access my original patterns through Ravelry free download.
April 2014: I'm in the process of updating my patterns. 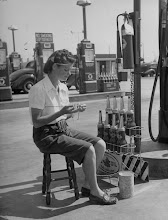 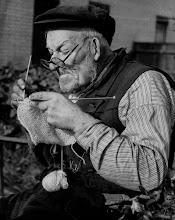 Folks who support my yarn addiction: